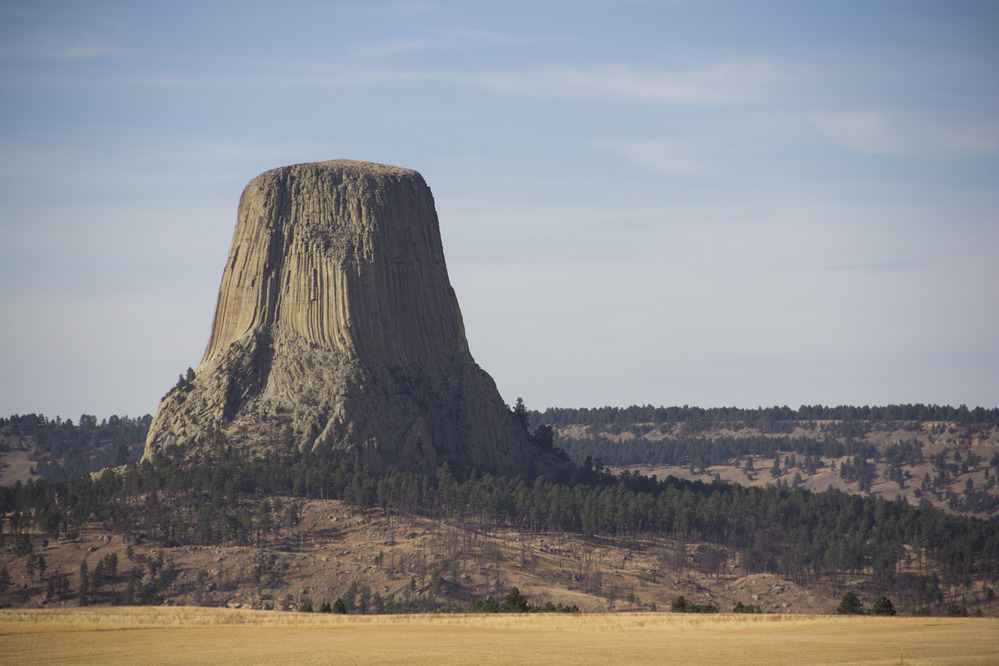 7:00 AM – Depart for Mitchell, SD
The fully equipped luxury motor coach will depart from Sam’s Club behind Burger King.  Additional pick up locations available in route. 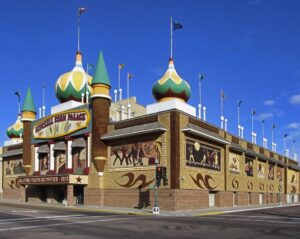 Eight years before the turn of the 20th century, in 1892 (when Mitchell, South Dakota was a small, 12-year-old city of 3,000 inhabitants) the World’s Only Corn Palace was established on the city’s Main Street. It was built to prove to the world that South Dakota had a healthy agricultural climate. During it’s over 100 years of existence, it has become known worldwide. Some 500,000 tourists come from around the nation each year to see the uniquely designed corn murals.
4:00 PM – Depart for Chamberlain, SD
5:15 PM – Arrive Arrowwood Resort Arrowwood Resort & Conference Center.  Dinner is included at Arrowwood Resort. 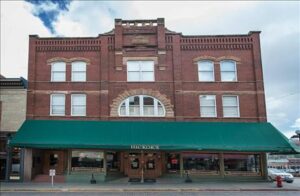 Check into Hickok’s Hotel and Gaming and The Iron Horse Inn. Both hotels are 4 + star rated.

We are using two hotel facilities due to limited capacity of each.

Hickok’s will host a Welcome Reception with free pizza, coffee, and soda. For both hotel guests.  A cash bar will be available.

Breakfast is included. Location to be advised.
9:00 AM – Depart for a morning tour of Deadwood. Original Deadwood Tour

Board a local bus (our motorcoach cannot go to Mt. Moriah) for a tour of Deadwood including the Ft. Laramie Treaty of 1868, Custer’s Expedition to the Black Hills, and tales of the infamous Jack McCall ending with present time history. Continue to Mt. Moriah Cemetery and learn the stories of characters who contributed to Deadwood’s history. Stop at Mt. Moriah lookout, a 300-foot cliff, where spectacular pictures are made. Gaze down at Deadwood Gulch while enjoying the breeze and essence of ponderosa pine. The tour concludes at Tatanaka. Discover the saga of the bison and view the larger-than-life bronze sculpture featuring 14 bison being pursued by three Native American riders. It is the third largest bronze sculpture in the world.

Lunch on own and afternoon free.

Breakfast is included. Location to be advised.
8:45 AM – Depart Deadwood, SD.
9:00 AM – Arrive Sanford Lab Homestake Visitor Center. We  will be picking up a guide here. 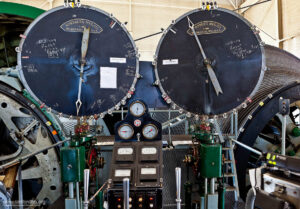 Our tour includes a trip through historic Lead, and a surface tour of Sanford Underground Research Facility. In the Yates hoist room, you’ll see hoists that have been in operation since 1939, including how they are maintained. You’ll also learn about the more-than 5,000 feet of rope that take personnel to the underground. If you’re lucky, you may even see the hoists in action! You’ll also learn a little bit about the mining process and the state-of-the-art Wastewater Treatment Plant designed by Homestake Mining Company and still used today by Sanford Underground Research Facility.

Time has been allowed for us take the scenic route along State Rd Alt. 14. Spearfish Canyon Scenic Byway. 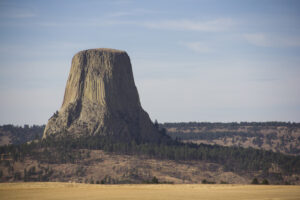 Devils Tower rises above the surrounding grassland and Ponderosa pine forests like a rocky sentinel. Northern Plains Tribes have lived and held ceremonies near this remarkable geologic formation for thousands of years. Fur trappers, explorers, and settlers alike were awed by the tower’s majesty. In 1906, President Theodore Roosevelt established Devils Tower as our nation’s first national monument.

Dinner on own this evening.

Breakfast is included. Location to be advised.
8:00 AM – Depart the hotel for an all-day tour in vans.
9:00 AM –  Meet the vans in Rapid City

Lunch is on your own

Visit Crazy Horse Memorial, then drive to Sylvan Lake and Needles Highway with stops at the Cathedral Spires overlook and Needles Eye pull off.

3:30 -4:00 PM – You will be dropped off at Bluebell Lodge for the Chuck wagon dinner and wagon ride. Be part of a Blue Bell tradition.

This old-fashioned hayride takes you on a 45-minute scenic drive on the park’s beautiful backroad to a mountain meadow canyon for a chuck wagon feast. On the way, you can sing along to classic country and folk music—and maybe catch a sighting of the wildlife!

Breakfast is included at the hotel.
8:00 AM – Depart for the Mammoth Site.
8:05 AM – Arrive The Mammoth Site in Hot Springs, South Dakota.
The Mammoth Site boasts the largest concentration of Columbian mammoths in the world. Tour this indoor active dig site and view Ice Age fossils. Travel back in time to the late Ice Age with an indoor guided tour. Walk the edges of a sinkhole where Columbian and wooly mammoths, camels, wolves and giant short-faced bear became trapped leaving an ancient treasure trove of fossil remains. This actively working excavation site features the fossils of over 60 mammoths.
9:45 AM – Depart for Scotts Bluff National Monument.
1:15 PM – Arrive Scotts Bluff National Monument Visitor Center 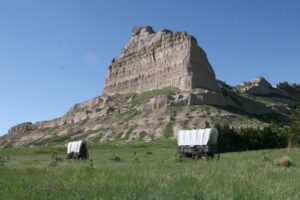 Towering 800 feet above the North Platte River, Scotts Bluff has served as a landmark for peoples from Native Americans to emigrants on the Oregon, California and Mormon Trails to modern travelers. The road to the summit provides some spectacular views.
2:45 PM – Depart Scottsbluff for Bayard, NE.
3:15 PM – Stop at Chimney Rock National Historic Site.
Feel the awe and curiosity the pioneers experienced when they saw the most famous landmark on the Oregon, California, and Mormon Trails. See museum exhibits, and learn more about the great migration at the Ethel and Christopher J. Abbott Visitor Center
3:45 PM – Depart for North Platte, Nebraska. NOTE: There is a time change between Chimney Rock and North Platte, NE. CHANGE TO CENTRAL STANDARD TIME
7:15 PM (CST) – Arrive North Platte, Nebraska. (I know this sounds late, however, the time has just changed and it is only 6:15 PM based on the time zone for the majority of the day.)
7:30 PM (CST) – A Canteen Dinner and presentation

This is the Canteen Meal that was served to the soldiers: While eating, the Museum Curator will give a presentation on the WWII Canteen, where 125 communities in total compiled all their rations for 4.5 years to serve more than 6 MILLION soldiers at the North Platte Canteen. Where no soldier ever paid a dime. North Platte wanted “Raising Moral” to be their war industry. It’s a heartwarming story that still affects North Platte today!

6:30 – 8:00 AM – Breakfast is included at the hotel.
8:00 AM – Depart for Lincoln, NE.
Noon – Arrive Billy’s in Lincoln, NE for Lunch
1:30 PM – Depart for Scatter Joy Acres
3:00 PM – Arrive at Scatter Joy Acres for a mini-tour and apple tarts and tea. “Scatter Joy Acres” was created to scatter God’s joy across all His acres. It begins by providing a home for rescued, abused and neglected animals. However, Scatter Joy Acres does not stop at just rescuing animals. At the ranch, the animals serve as an integral part of providing therapeutic interaction for developmentally disabled and autistic children, seniors, veterans, and at-risk children. Learn about this unique organization and how the rescued animals help rescue people as you enjoy an afternoon dessert.
4:00 PM – Depart for Cedar Rapids

Informative Travel Gathering at the Olympic