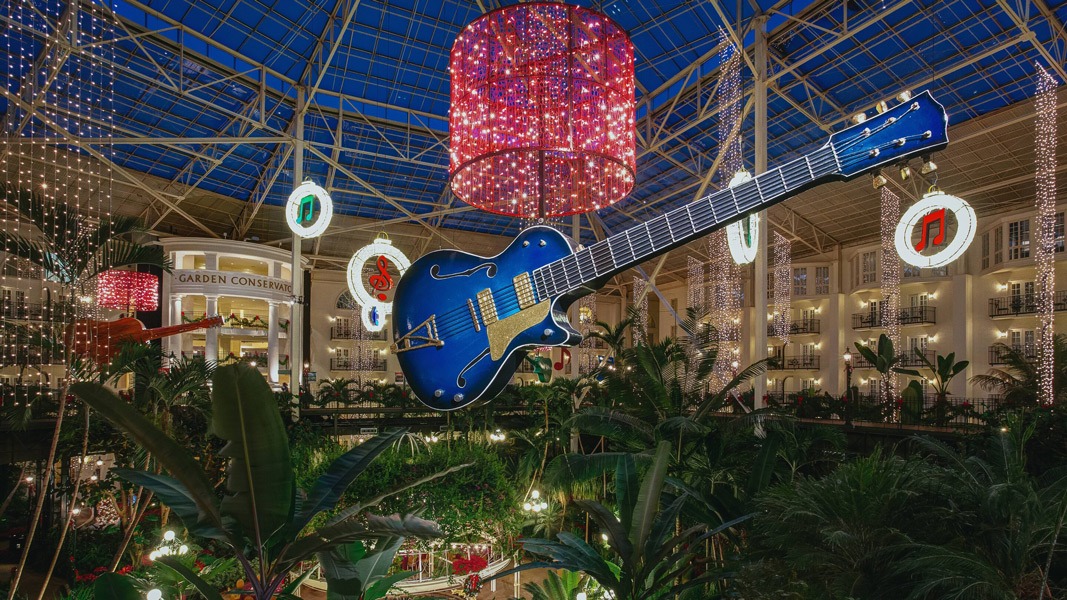 11:00 AM – Lunch Fiddlesticks Restaurant Hannibal Mo.  on your own. 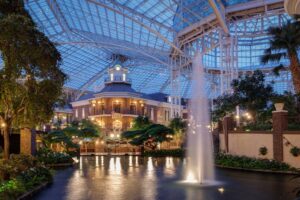 Your next three nights are at Gaylord Opryland Resort & Convention Center. Situated in the heart of Nashville, this luxury hotel allows you to hit all the high notes of Music City both in the area and under their roof. Looking to make a splash? SoundWaves, an upscale water experience featuring 4 acres of combined indoor and outdoor water attractions, opened in December 2018. Enjoy 9 acres of lush indoor gardens and cascading waterfalls. There is also a full-service spa for a relaxing way to unwind. The hotel is adjacent to Opry Mills. Opry Mills is a single level mall that contains over 200 stores or take center stage with your favorite star at Madame Tussauds Nashville.

9:30 AM – First group does the tour of hatch Printing

A major thoroughfare in the downtown area in Nashville, Tennessee, it includes Lower Broadway, an entertainment district renowned for honky-tonks and live country music. The street is also home to retail shops, restaurants, dessert spots, and tourist attractions.

2:30 PM – Depart for a tour of Nashville and all her major attractions.

The venue has been tentatively confirmed at BB King, however, they have not made a definite commitment due to the uncertain times. Since it is a private show, there is the flexibility of using other venues.

One of the great musical story tellers in history, Johnny Cash is an American treasure! That tradition continues in this one-of-a-kind performance. A member of the Cash family will perform a salute show celebrating the hits of Johnny Cash! Through personal remembrances and family stories, your group is given insight as to what it was like to grow up in the Cash family, and the impact it had on all of those who loved Johnny best. Every song is a recognizable classic, and the audience is invited to ask questions and share their own Johnny Cash memories. This is a sincere and moving tribute, and a show you won’t soon forget!

A 2,362-seat live-performance venue located at 116 5th Avenue North, in Nashville, Tennessee, it is best known as the home of the Grand Ole Opry from 1943 to 1974. Join their expert guides for an unforgettable tour through more than a century of entertainment history. Hear the backstage stories, get to know the legends and icons, trace the history of a hundred years of renovations and understand the Ryman’s complex journey from revival house to world-renowned performance hall. Includes a Photo on stage.

Take some time to explore the Gaylord Opryland Hotel. Included in your package is The Delta Riverboat Tour. This tour takes you on a gentle ride around the Atrium’s four and half acres of gardens and waterfalls. The tour guide provides information about the hotel and points out some interesting features within the gardens.

Wildhorse Saloon Address: 120 2nd Ave N, Nashville, TN 37201 Phone: (615) 902-8200 The World-Famous Wildhorse Saloon is a “must do” experience for visitors worldwide as they visit Music City. More than 1.5 million music lovers and catering groups stampede through their doors annually to catch the hottest in live entertainment, learn the newest dance steps and dine on their award-winning Southern smokehouse cuisine. Some fun facts:

(Menu to be advised after the first of the year, however, it normally is a choice of 4 entrees)

What began as a simple radio broadcast in 1925 is today a live entertainment phenomenon dedicated to honoring country music’s rich history and dynamic present, the Grand Ole Opry showcases a mix of country legends and the contemporary chart-toppers who have followed in their footsteps. The Opry – an American icon and Nashville, Tennessee’s number-one attraction – is world-famous for creating one-of-a-kind entertainment experiences for audiences of all ages.

Take some to explore the Gaylord Opryland Hotel. Included in your package is The Delta Riverboat Tour. This tour takes you on a gentle ride around the Atrium’s four and half acres of gardens and waterfalls. The tour guide provides information about the hotel and points out some interesting features within the gardens.

11:00 AM – Depart for the lunch on the General Jackson Riverboat.

Every Sunday, the General Jackson Showboat impresses with their Southern Homecoming show. This live entertainment show displays the best of Sunday music including Southern Gospel favorites and country music hits performed at the expansive theatre. Just a few of the artists who are featured in this show include Martina McBride, Alan Jackson, and Tim McGraw. The meal served during this show features fresh salads, hickory pit-smoked shoulder, Southern fried chicken, delicious southern-style sides, and a seasonal fruit cobbler for dessert.

Noon – The cruise aboard the General Jackson departs. 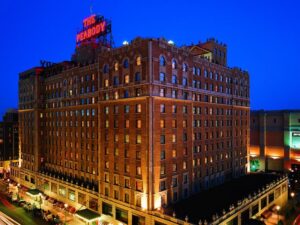 THE PEABODY HOTEL.  Peabody history dates back to 1869 when the original Peabody Hotel opened on the corner of Main & Monroe and immediately became the social and business hub of Memphis. In 1925 a newer, grander Peabody was built at its present location at Union and 2nd Street continuing the legacy of the “South’s Grand Hotel.”  It was 1933 when ducks were originally placed in the hotel’s lobby fountain, setting in motion an 85-year tradition that continues today with the March of the Peabody Ducks. The Peabody name has become synonymous with the 5 North American mallard ducks that are now the living symbol of the Peabody brand.

During the next couple of days you will meet the “DUCKMASTER”, who will charm you with his enviable job of escorting the ducks from their penthouse in the morning, via. Elevator to the lobby fountain and back to their rooftop penthouse in the evening. 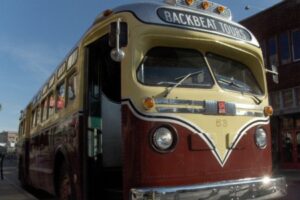 The Home of the Blues comes alive on this city tour aboard the nation’s only music bus. All of the guides on this tour are professional Beale Street musicians who play and sing selections from the city’s rich musical heritage, while entertaining you with comedy, history, and behind-the-scenes stories of your favorite Memphis personalities.

Along the way, you will see:

Early homes of Elvis, B. B. King, and Johnny Cash

1:00 PM – Arrive at Bass Pro Shop. You have never seen an outdoor shop like this one.

3:30 PM – Depart the Bass Pro Shop for The Peabody Hotel

4:00 PM – Arrive at The Peabody Hotel for a casual and entertaining evening on your own.

There are a number of tour options available at Graceland. Upon arrival we will negotiate a tour operators price for the tour our group selects.  The most popular is the House, Grounds, Automobiles, and Aircraft.  This tour along with lunch on the grounds will be on your own.

AN ALTERNATIVE TO “GRACELAND” IS “THE MEMPHIS ZOO”.

The Memphis Zoo is one of the most famous in the world with a number of unique displays including a very rare PANDA display.  We have had a number of guests, who have previously toured Graceland select the Zoo option.

After arranging the Graceland Tour we will proceed to the Memphis Zoo with an arrival time of approx..  11:00 AM

2:30 PM – Arrive at The Peabody Hotel. Enjoy the area during free time.

7:00 AM –  Bags read for departure per instructions

Informative Travel Gathering at the Olympic